Each Lecturer will hold one or two lesson(s) on a specific topic. The Lecturers below are confirmed. 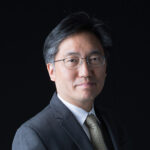 Marvin M. Chun, Dean of Yale College. Marvin M. Chun is the Richard M. Colgate Professor of Psychology with a secondary appointment in the Yale School of Medicine Department of Neuroscience. He is also a member of the Yale Cognitive Science Program.

Marvin Chun leads a cognitive neuroscience laboratory that uses brain imaging and machine learning to study how people see, attend, remember, and perform optimally. One line of work uses brain imaging to read out perceptions and thoughts. Another major project uses brain scans to understand and predict what makes people different.
Chun is the Richard M. Colgate Professor of Psychology with secondary appointments in the Yale School of Medicine Department of Neuroscience, and the Yale Cognitive Science Program. He also serves as the Dean of Yale College, the first of Asian descent in Yale’s 319-year history. Chun received his undergraduate degree from Yonsei University, his Ph.D. from the Massachusetts Institute of Technology, and postdoctoral training at Harvard University. He was a graduate student fellow of the Korea Foundation for Advanced Studies. Throughout his career, his research has been honored with several awards, such as the Troland Research Award from the United States National Academy of Sciences, the American Psychological Association Distinguished Scientific Award for an Early Career Contribution to Psychology, and the Samsung Ho-Am Prize in Science. At Yale, his teaching has been recognized with both the Phi Beta Kappa William Clyde DeVane Medal for Distinguished Scholarship and Teaching, and the Lex Hixon ’63 Prize for Teaching Excellence in the Social Sciences. 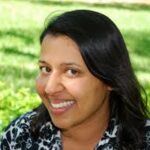 Ila Fiete is a Professor in the Department of Brain and Cognitive Sciences and an Associate Member of the McGovern Institute at MIT. She obtained her undergraduate degrees in Physics and Mathematics at the University of Michigan and her M.A. and Ph.D. in Physics at Harvard, under the guidance of Sebastian Seung at MIT. Her postdoctoral work was at the Kavli Institute for Theoretical Physics at Santa Barbara, and at Caltech, where she was a Broad Fellow. She was subsequently on the faculty of the University of Texas at Austin in the Center for Learning and Memory. Ila Fiete is an HHMI Faculty Scholar. She has been a CIFAR Senior Fellow, a McKnight Scholar, an ONR Young Investigator, an Alfred P. Sloan Foundation Fellow and a Searle Scholar.

Karl Friston is a theoretical neuroscientist and authority on brain imaging. He invented statistical parametric mapping (SPM), voxel-based morphometry (VBM) and dynamic causal modelling (DCM). These contributions were motivated by schizophrenia research and theoretical studies of value-learning, formulated as the dysconnection hypothesis of schizophrenia. Mathematical contributions include variational Laplacian procedures and generalized filtering for hierarchical Bayesian model inversion. Friston currently works on models of functional integration in the human brain and the principles that underlie neuronal interactions. His main contribution to theoretical neurobiology is a free-energy principle for action and perception (active inference). Friston received the first Young Investigators Award in Human Brain Mapping (1996) and was elected a Fellow of the Academy of Medical Sciences (1999). In 2000 he was President of the international Organization of Human Brain Mapping. In 2003 he was awarded the Minerva Golden Brain Award and was elected a Fellow of the Royal Society in 2006. In 2008 he received a Medal, College de France and an Honorary Doctorate from the University of York in 2011. He became of Fellow of the Royal Society of Biology in 2012, received the Weldon Memorial prize and Medal in 2013 for contributions to mathematical biology and was elected as a member of EMBO (excellence in the life sciences) in 2014 and the Academia Europaea in (2015). He was the 2016 recipient of the Charles Branch Award for unparalleled breakthroughs in Brain Research and the Glass Brain Award – a lifetime achievement award in the field of human brain mapping. He holds Honorary Doctorates from the University of Zurich and Radboud University. 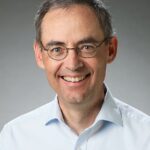 Wulfram Gerstner is Director of the Laboratory of Computational Neuroscience LCN at the EPFL. He studied physics at the universities of Tubingen and Munich and received a PhD from the Technical University of Munich. His research in computational neuroscience concentrates on models of spiking neurons, the dynamics of spiking neural networks and spike-timing dependent plasticity. More recently, he got interested in generalizations of Hebbian learning in the form of multi-factor learning rules and in the role of surprise for learning. He currently has a joint appointment at the School of Life Sciences and the School of Computer and Communications Sciences at the EPFL. He teaches courses for Physicists, Computer Scientists, Mathematicians, and Life Scientists. He is the recipient of the Valentino Braitenberg Award for Computational Neuroscience 2018 and a member of the Academy of Sciences and Literature Mainz (Germany). 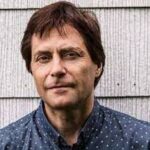 AI for physics and physics for AI.

A native of Stockholm, Tegmark left Sweden in 1990 after receiving his B.Sc. in Physics from the Royal Institute of Technology (he’d earned a B.A. in Economics the previous year at the Stockholm School of Economics). His first academic venture beyond Scandinavia brought him to California, where he studied physics at the University of California, Berkeley, earning his M.A. in 1992, and Ph.D. in 1994.

After four years of west coast living, Tegmark returned to Europe and accepted an appointment as a research associate with the Max-Planck-Institut für Physik in Munich. In 1996 he headed back to the U.S. as a Hubble Fellow and member of the Institute for Advanced Study, Princeton. Tegmark remained in New Jersey for a few years until an opportunity arrived to experience the urban northeast with an Assistant Professorship at the University of Pennsylvania, where he received tenure in 2003.

He extended the east coast experiment and moved north of Philly to the shores of the Charles River (Cambridge-side), arriving at MIT in September 2004. He is married to Meia-Chita Tegmark and has two sons, Philip and Alexander.

Tegmark is an author on more than two hundred technical papers, and has featured in dozens of science documentaries. He has received numerous awards for his research, including a Packard Fellowship (2001-06), Cottrell Scholar Award (2002-07), and an NSF Career grant (2002-07), and is a Fellow of the American Physical Society. His work with the SDSS collaboration on galaxy clustering shared the first prize in Science magazine’s “Breakthrough of the Year: 2003.”

For more on his research, publications, and students, or his fun articles, goofs, and photo album, please visit Personal home page.